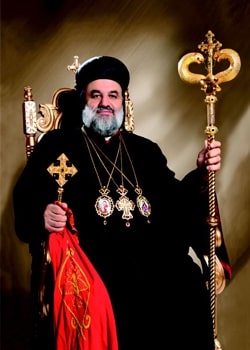 Since St. Peter has assumed the leadership of the Church and had make use of Antioch as the capital to lead the Church, those who are ordained as Patriarchs by the church to succeed St.Peter are no doubt the successors and emissaries of St.Peter. The divine grace is handed down from Jesus to St.Peter, St.Peter to his successors the Metropolitans to Priests, and from Priests to the laity. Thus in the Syrian Orthodox Church the Patriarch represents the first and the foremost link in respect of the apostolic succession and divine priesthood. The universal Syrian Orthodox Church perceives its strength and Unity in His Holiness the Patriarch, the supreme head of the Church. As the Sucessor of the St.Peter, His Holiness is the embodiment and symbol of unity of the universal Syrian Orthodox Church. This embodiment signifies two type of representative characters. Firstly, as the successor of St.Peter, the patriarch represent him. As St.Peter is the chief shepherd and supreme head, the Patriarch by virtue of his position upholds the unity of the Universal Syrian Orthodox Church. Since the Patrirach’s ordination and conornation are deemed to be through the grace of the Holy Ghost and by the will of God, the first representative character is bestowed from above and is divine. So the Patriarch as the high priest the Universal Church, represents Jesus Christ when he celebrates the Holy Eucharist. Secondly the Patriarch as the chief Shepherd of the Church, is the emissary of the entire body of believers. The church is not only an invisible spiritual fellowship but is also a historical reality. So, all the attributes of the Church like one, Holy, Chatholic and Apostolic must also become a historical reality. And the Patriarchs who are ordained from time to time and represent the universal Syrian Church as the Supreme heads, make the unity of the Church a reality. 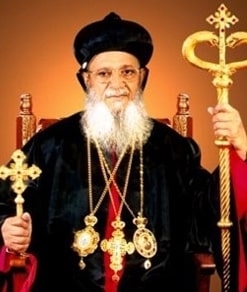 The spiritual head of the Syrian Christians of India, was born in the Cheruvillil family of Vadayambadi, Puthenkuriz to Mathai and Kunjamma on 22nd July 1929. Early part of his life was full of sufferings. Though he belonged to an aristocratic family, by the time he was born the family had seen bad days. As a child he had frequent bouts of illness which affected his education. His mother used to take the young boy frequently to the nearby Malecuriz Dayro where the relics of late Patriarch St. Ignatius Elias III and Saint Gregorios Geevarghese (Parumala Thirumeni) had been interred. One night, as his mother prayed with the young boy on her lap, she had a vision which prompted her to dedicate the boy to the service of the church. Within days, the boy's illness was entirely cured. God was with him, guiding him and shaping him. 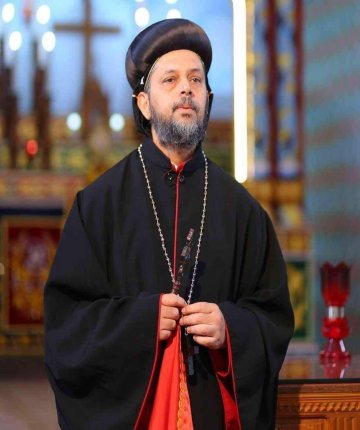 Dr. Geevarghese Mor Coorilos is the Metropolitan of Niranam Diocese of Malankara Jacobite Syriac Orthodox Church and Patriarchal Vicar of Doha – Qatar and Bahrain (2017 - Aug 15 to till date) under the Universal Syrian Orthodox Church Under HH Ignatius Aphrem II

After his graduation, he joined the United Theological College, Bangalore for his theological studies. He completed his B.D in 1990 in first class and was appointed as Research Assistant in the department of Church and Society. In 1991, he joined the faculty of the M.S.O.T.Seminary in Mulanthuruthy, Kerala. In 1992 he was offered a scholarship to do his doctoral studies in England and he joined the University of Kent at Canterbury, England to do his Ph.D in Ecotheology under Anglican Professor Robin Gill. On completing his Ph.D, he rejoined M.S.O.T.Seminary and resumed teaching. In 2001 Mor Coorilos joined the teaching faculty of the United Theological College, Bangalore.

Mor Coorilos was ordained as a deacon in 2001 and a priest in 2002 by Thomas Mor Themotheose Metropolitan. After his ordination, he served as vicar in different parishes in Kerala and assistant vicar in one of the Bangalore parishes. In 2006, he was elevated to the position of Bishop at famous Church North Paravoor.

He presently serves as the Chairperson of WSCF (World Student Christian Federation), He served the Kerala Council of Churches as its senior faculty member (1997–1998), the National Council of Churches in India as its executive secretary for Mission and Evangelism (1998–2001). He now serves the World Council of Churches as moderator of its Commission on World Mission and Evangelism (CWME). He was also a full member of the WCC’s reference group on Human Sexuality. Mor Coorilos also serves as a member of the Working Group of Global Christian Forum (GCF) that looks at the issue of proselytism and mission and also as the Chairperson of the Student Christian Movement of India (SCMI). He is also a member of the Advisory Group of Korean Institute of Future Ecumenism (KIFE). He also serves as a member of the Theological Commission of the Malankara Jacobite Syriac Orthodox Church that is engaged in bilateral dialogue with the Mar Thoma Syrian Church.

As of 2014 Mor Coorilos was the chairman of Theeram, India Center for Social Change, a charitable trust that Mor Coorilos founded in 2002 which has been working for the welfare of mentally challenged children in Kerala. 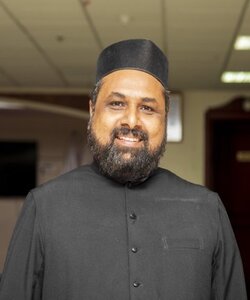